It’s one of the hottest, lowest and driest places on our planet, situated below sea level. If you’re travelling from Nevada to Yosemite National Park in California, a visit to the Death Valley is more than a must.

I didn’t like it. I felt it was a very unfriendly place. The views were unique, though. I was expecting hordes of people and traffic jams but found none. A car passed by once in a 30 minutes. I shuddered to think I’d have stay there overnight. It was beyond my comprehension that anyone could ever live there. 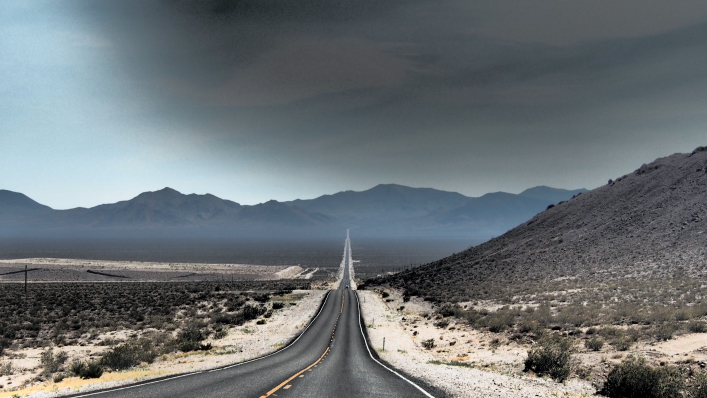 Going down and down into the valley was exciting, though 🙂 When we finally got out of the car for a few moments to feel the heat and take a photo… we were literally melting! At the elevation of -89 meters below sea level we experienced 123 degrees Fahrenheit which is exactly 50 degrees Celsius. Freaking crazy! 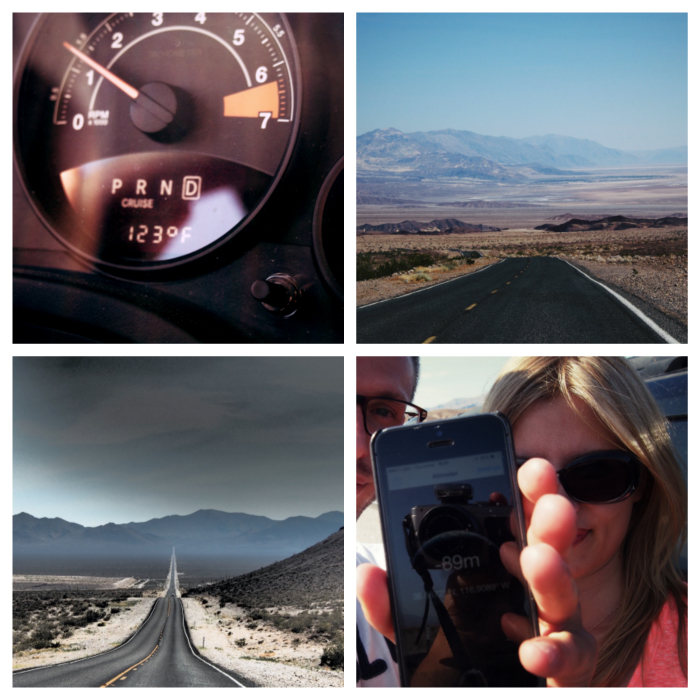 It was getting late and we still had around 200 miles left to reach our destination. It was time to set off and start ascending (Mammoth Lakes, which was our destination is situated at around 2 400 m above sea level). No big deal. „Let’s just hurry, we need to find some colder (yeah 😉 place to eat our dinner” I said to my husband.

And then we saw this sign. We trusted our car (well, a rented one of course), though. 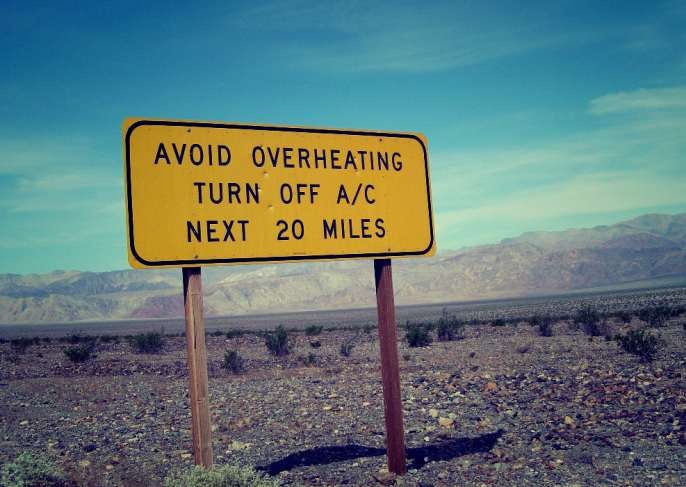 Okay, we decided to switch A/C off and then turn it on again when it got really hot inside the car. I guess we should have turned it off throughout all the 20 miles instead of turning it on and off all the time.

While ascending, all of a sudden our car stopped. „Hot oil” appeared on the dashboard. Oooops.

My husband opened the hood and saw the oil boiling and making weird sounds.

No network coverage. We couldn’t call anyone. We were in the middle of nowhere. There was no one around. No cars, no people, nothing. We had only one bottle of water left. Wow. Our daughter (luckily) was sleeping. Another bright side was that it was already around 110 degrees (43 degress Celsius) so the temperature was bearable. (We got used to these temperatures in Nevada).

We knew we had to wait until our car cooled down after overheating. We only didn’t know how long we’d be stuck in that place.

All of a sudden a car appeared. A man got out of his car and asked how he could help us. We told him the whole story. He poured some cold water into the boiling oil. We waited another few minutes and the temperature finally started falling! What a relief! We could set off. We had to drive very slowly, not more than 30 miles an hour with… A/C off!!! Wow. We were sweating like hell. 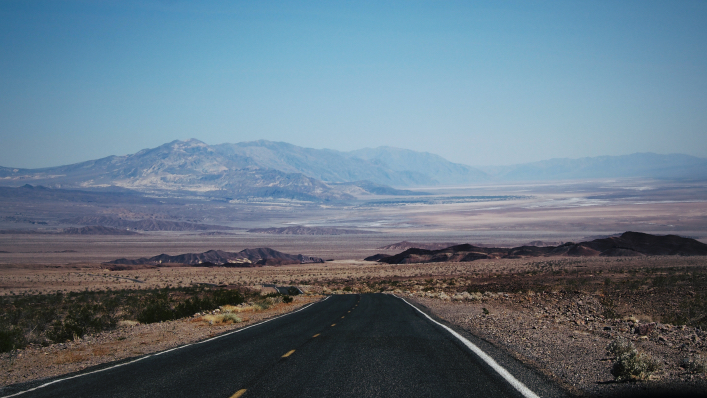 Jim and Cassey, the people who stopped to help us, said they’d follow us all the way to the Highway 395 (which was about 80 miles away!) in case the car broke down again.

I couldn’t believe my ears when they said that their home was just a few miles away from that scary place… Those great guys who drove extra 70 miles and back just to make sure we are fine actually LIVE in the desert. He works for the millitary and does some tests out there.

We were full of gratitude, respect and happiness… there are disinterested people in this world!!!

We managed to arrive in Mammoth Lakes safe and sound late at night 🙂 Upon arrival we saw this sign and couldn’t help laughing… WHAT A DAY! 🙂 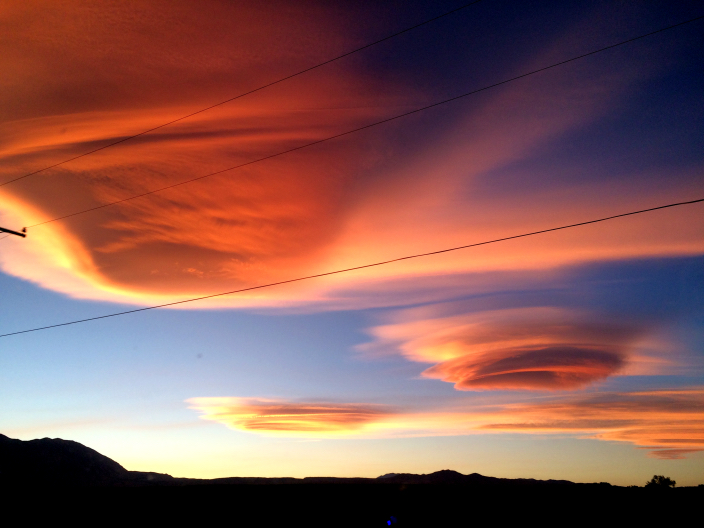